We sat down with Oliver Johnson to find out how West Africa's 2014 outbreak is informing DRC's today. 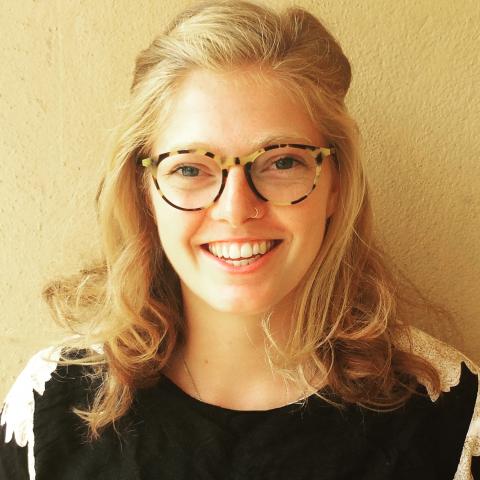 I sat down with Dr. Oliver Johnson, coauthor of Getting to Zero: A Doctor and a Diplomat on the Ebola Frontline, who worked on the frontlines of the West Africa outbreak, to find out. He stressed that while we’ve learned a lot about Ebola, most of it has involved technical aspects, such as the medical innovations and treatment practices we’re now seeing in the DRC—but we haven’t yet learned to navigate the damage caused by political complexities, which vary by country and context.

We often respond to exactly what has come before, rather than being ready for the uncertain.

Earlier today you said that rather than focusing on preparing for the next Ebola outbreak, we should instead be preparing for the unexpected. What does this look like in practice, and how can policy-makers act on this?

We need to maintain flexibility in our systems and our responses. We often respond to exactly what has come before, rather than being ready for the uncertain. After the West Africa Ebola outbreak, organizations developed the perfect personal protective equipment (PPE) suit, and they wanted to stock these around the world. But this would reduce their flexibility and leave them unprepared if the next disease, for example, were airborne.

Headquarters need to ask themselves what their appetite for risk is. They need to have a breadth of resources at the ready, and they need to be comfortable with uncertainty, choosing to trust their teams in the field and support them as needed.

You spoke earlier of the lack of trust at all levels during the West Africa outbreak. What can be done to restore trust between governments, health workers, and individual communities?

The question is partly how to create a government that is accountable to the people, and perceived as such, but also how to restore the trust between health workers and the public. In countries like Sierra Leone, health workers sometimes have a bad reputation for mistreating patients and demanding additional payments.

We must always remember to ask ourselves “What would I do if this were me?”

While much of this work should be done domestically, the international community does have a role to play in heightening accountability and improving trust, by: 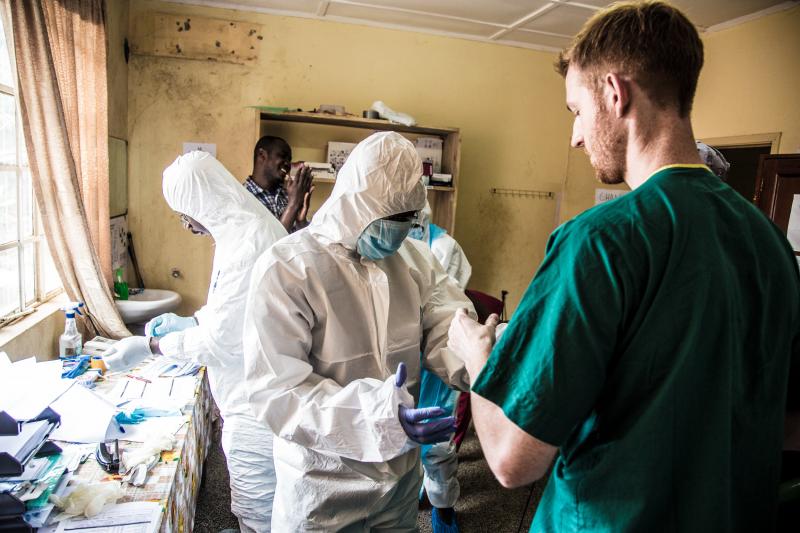 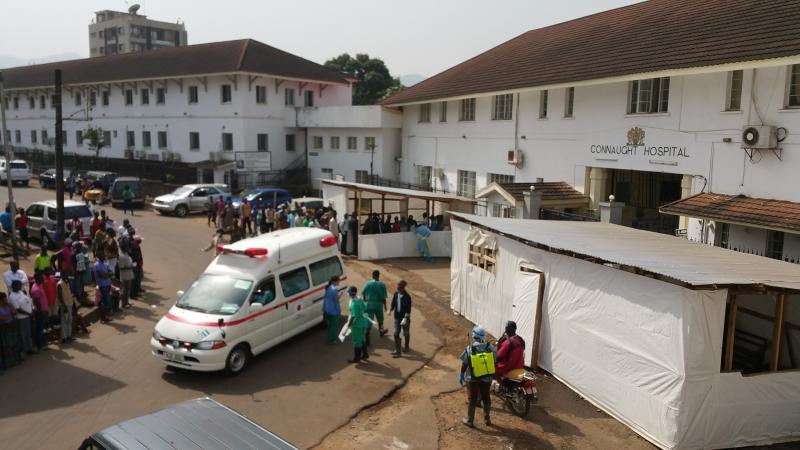 It’s easy to think there is not time to listen, but what we discovered is that we didn’t have time not to listen. Photo of Connaught Hospital in Freetown, Sierra Leone. Photo courtesy of King's College London.

Your book highlights the failure to engage communities in the Ebola response in West Africa. How can those responding to an outbreak ensure true community engagement while also operating at scale?

We need to listen more. We should not go in with a megaphone, but instead go to community meetings and wait until everyone has had a chance to speak. It’s easy to think there is not time to listen, but what we discovered is that we didn’t have time not to listen. We should have employed people in community engagement, precisely for their listening skills, not for their shouting skills.

We must always remember to ask ourselves “What would I do if this were me?” During the West Africa outbreak, clinicians would become exasperated when parents avoided the official advice not to touch their sick children, but we should have realized that if this were our child, of course we would touch them!

We were far too focused on a medical response, rather than trying to understand the people who were affected and remembering to empathize. Anthropologists and human rights organizations should have an active presence during crises, participating in key meetings and helping us design better responses from the beginning.

Could you highlight some of the disparities between international and national frontline health workers during the response?

While international staff were employed by international organizations responsible for their salaries, many Sierra Leonean health workers have still never received their full pay. We need an organization that specializes in setting up rapid and secure payment schemes to ensure local staff are fairly paid in emergency settings.

The biggest inequity was with quality of care. International staff would be medically evacuated when they fell ill, but not local staff. There was a double standard. We should have invested more in improving the standard of care that all national responders could access. The local staff felt betrayed by this, and they were angry a lot of the time.

As Sierra Leone, Liberia, and Guinea rebuild their health systems, what should they prioritize?

A health system is made up of people. We need to invest in health workers and improve their working conditions. This should include investing in community health worker models, as they—along with nurses—are the backbone of primary care.

We need to recognize that strengthening health systems is a political process as well as a technical one. Accountability and transparency from national ministries as well as NGOs and donors are vital in building mutual trust. Improving these would encourage donors to invest in government health systems, rather than in parallel programs. Then a virtuous cycle would begin, where the capacity of the ministry and the health workforce would grow. The core shift must occur here, and everything else will follow.

We have a responsibility to learn these lessons.

In their new book, Johnson and coauthor Sinead Walsh, the former Irish Ambassador to Sierra Leone and Liberia, highlight some of the core failings of the response to the West Africa Ebola outbreak. Their book explores these top lessons from West Africa:

As an international community, we have a responsibility to learn these lessons, and urge investment in and support for frontline health workers around the world. We must remember the damaging impact that politics can have on response efforts and encourage all parties to prioritize health and human life over their own agendas.

The fragile security setting, and presence of armed groups, remains the biggest threat to containing the current Ebola outbreak in the DRC.

Senate Bill a Big Win for Health Workers around the Globe

Listen to Nurses: Applause Is Not Enough

5 Things Policymakers Must Do to Support Midwives like Me

Senate Bill a Big Win for Health Workers around the Globe

As part of our @USAID RHITES-E Activity in #Uganda, we recently donated tents, oxygen cylinders, N95 masks, and han… https://t.co/nFq0GjWBUP