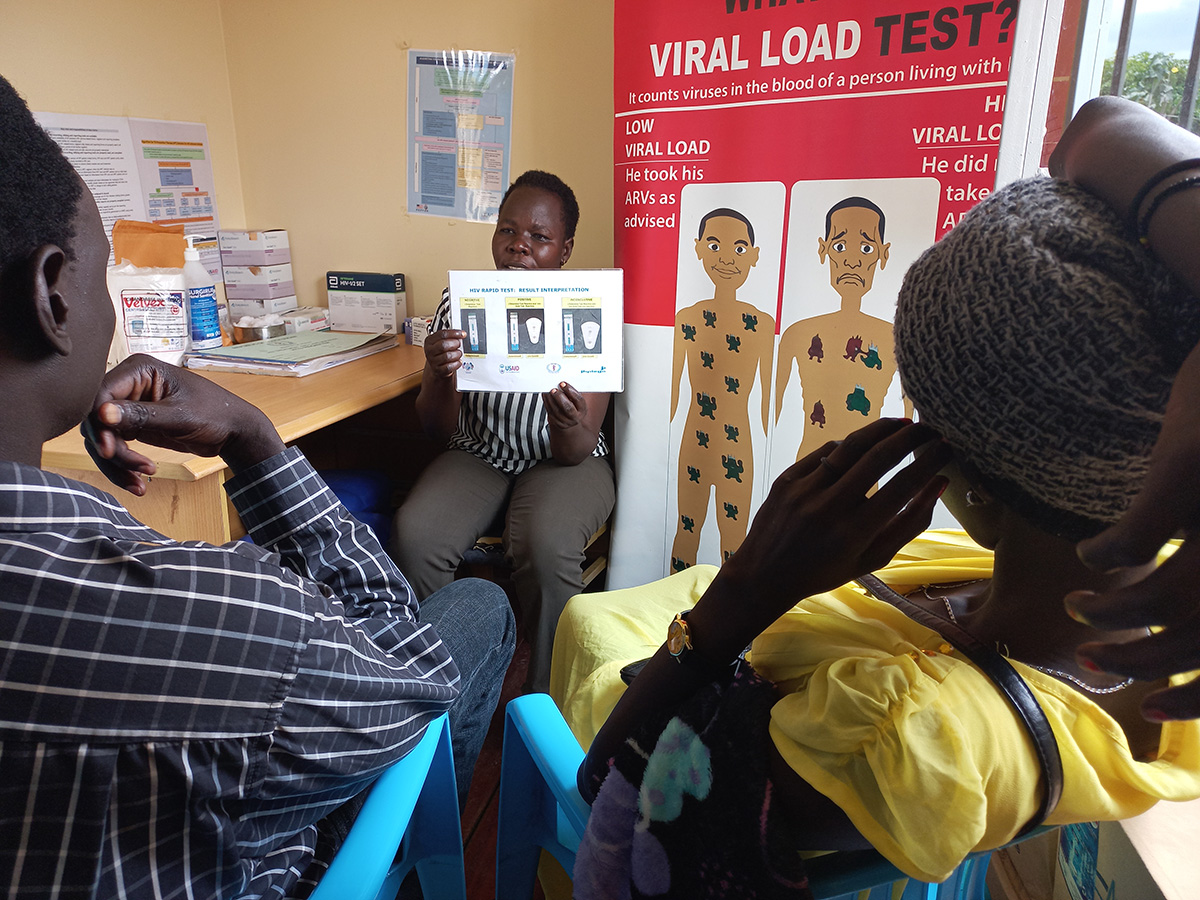 A health worker provides HIV pretest counseling and teaches the couple how to use male and female condoms at the Kimu Primary Health Care Center in Juba. Photo by Gladys Achan for IntraHealth International.

How trained health workers are helping to improve HIV services in South Sudan. 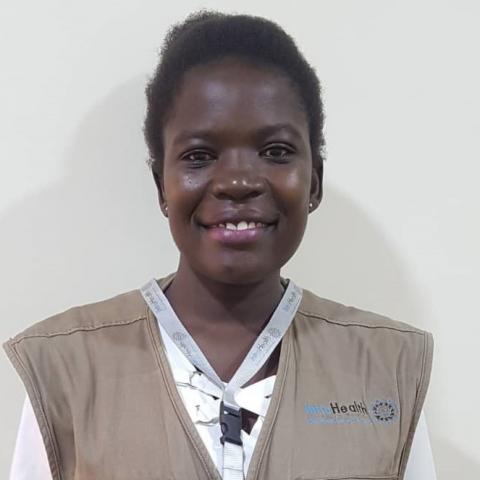 Ladu, a 33-year-old resident of Juba, South Sudan, was hesitant to get tested for HIV. His mother had encouraged him and his fiancé to get tested, but he was wary of a possible HIV-positive test result.

In July 2022, he visited the Kimu Primary Health Care Center to learn more about voluntary HIV counseling and testing. After talking to the health worker at the facility, he felt reassured. He decided to visit the facility with his fiancé the following day to test for HIV.

A trained health worker made all the difference.

For Ladu and his fiancé, a trained health worker made all the difference.

“At first, I feared that I might test HIV-positive and that my girlfriend would refuse to marry me,” he says. “But the health worker explained everything to us. They also said that knowing our HIV status would help us live healthier lives, so we decided to get tested.”

The couple were impressed by how fast the process was. When they received their results, they were both negative.

More couples are choosing HIV testing and counseling and are practicing safe sex.

Since AHEC began in November 2020, it’s been scaling up comprehensive HIV services in South Sudan’s Central, Western, Eastern Equatoria, Jonglei, Lakes, and Western Bahar-el-Gazhal states. More couples are now choosing voluntary HIV testing and counseling and are practicing safe sex, which means fewer cases of HIV. So far, more than 55,000 clients have tested positive for HIV and over 4,600 clients have been enrolled in care and treatment in the last two years.

Because Ladu and his fiancé intend to get married, they also wanted to learn more about safe sex practices until they both decide they are ready to have children. Ladu’s mother encouraged the couple to use condoms until the end of the three-month window for possible HIV infection, but neither of them knew how to use them. So during their visit to the Kimu Primary Health Care Center, the health worker used male and female models to provide a demonstration.

“We both hadn’t had sex before and didn’t know how to use a condom,” says Ladu. “But the demonstration was helpful."

The health worker also taught them about the availability of other family planning methods and gave them male and female condoms to prevent sexually transmitted infections (STIs) and unwanted pregnancy.

“In my culture, condom use is highly prohibited due to lack of knowledge that exposes many young people to STIs, including HIV,” says Ladu. “But now that we have learned how to use a condom, we hope to start practicing safe sex until we both test HIV-negative again after three months. I appreciate IntraHealth for bringing free HIV services to our community. I’m encouraging all young people who intend to marry to visit a health facility and test for HIV before engaging in sexual intercourse.”

AHEC is funded by the US Agency for International Development.

We Aren’t Paying Enough Attention to the Health Workforce