For Children in South Sudan, Managing HIV and its Treatment Is Complicated

Civil war makes it hard to get health services and medications, especially for kids like Abdu. 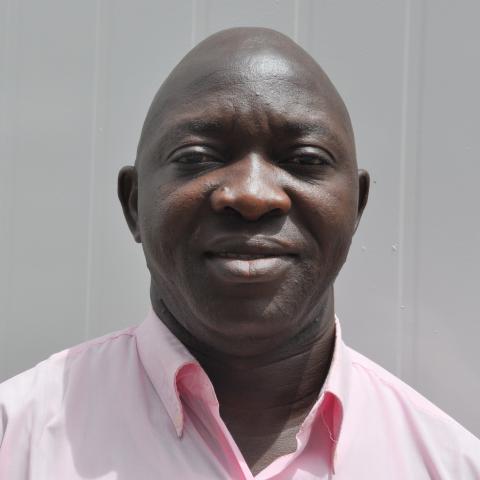 Abdu* is five years old and lives with his mother in South Sudan’s capital city of Juba. He is HIV-positive and must remain vigilant about adhering to his antiretroviral treatment (ART) plan.

But war and displacement make this kind of adherence difficult, or even impossible for some families. The months went by as Abdu’s family navigated life in a conflict zone. He missed important monitoring visits to the Juba Military Referral Hospital, where they would have replenished his drugs, measured his growth, and changed his dosage as needed.

This kind of thing happens frequently in South Sudan, which has one of the largest displacement crises in Africa. Since 2013, civil war has killed nearly 400,000 people and displaced more than 4.3 million. And 1.9 million people are internally displaced.

The 4Children project in South Sudan is trying to make sure this doesn’t happen again to Abdu or to other children living with HIV. The project strives to improve the lives of orphans and vulnerable children affected by HIV and other adversities by ensuring regular access to treatment, especially during conflict or in the face of other obstacles.

Conflict makes accessing health care very hard, especially for children, who face unique challenges when it comes to HIV treatment. Some do not have immediate caregivers, or their caregivers are reluctant to take them to health facilities. Unreliable communication networks—combined with the often sudden need to travel—make it difficult to get in touch with health workers and adjust treatment plans. This has resulted in more children missing their follow-up care, which often leads to very high viral loads, low weight, and poor health outcomes.

By the time Abdu was able to return to the health facility, he was emaciated. He weighed only 9 kilograms—under 20 pounds—had facial swelling, and a much higher viral load.

“I almost lost my son,” Abdu’s mother says. “Today he is healthy and able to play with other children.”

The 4Children Project aims to decrease such instances by “tracing” children to make sure they are attending appointments and receiving treatment. The clinic staff, case care workers, and social workers met to discuss what had gone wrong in Abdu’s care. They pinpointed referral barriers, lack of medical records, and changes in the family’s contact information. Then they came up with a plan tailored for Abdu and his mother.

Health workers began meeting with Abdu and his mother regularly to monitor his treatment adherence. Through a combination of regular home visits, reminders, and adherence counseling, they’ve gotten the family back on track with their treatment.

Today, Abdu has a 100% attendance rate. His viral load has gone down, and his weight has more than doubled.

“I almost lost my son while in the village,” Abdu’s mother said during a follow-up home visit. “Today he is healthy and able to play with other children.”

*Name has been changed for anonymity.